Has been retained for repeat engagements at the prestigious international TED (Technology, Entertainment, Design) Conference. In prior years DeeDee has provided her talent to all of the TED speakers. TED speakers are amongst the most innovative and influential people in the world.

Her roster of celebrity clients includes virtually every A-list face in Hollywood including such other luminaries as:

DeeDee has been featured as a “Celebrity Makeup Artist”/Spokesperson for various companies through out her career. She was recently interviewed as an “on air expert” – for the (now airing) infomercial for Mineral Air. She has been involved (on camera), with numerous companies including; Luminess Air, Chella beauty, Verizon Wireless & Physicians Formula…

DeeDee has also lent her on camera talents with cameo performances on hit TV shows like: “America’s Next Top Model” & “Hells Kitchen”. 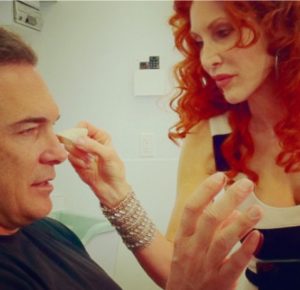 Please feel free to contact me with any of your questions and I am happy to respond. I’m available for TV/Film/Print as well as private clients for Special events.

Make sure to check out my most current work on IG!